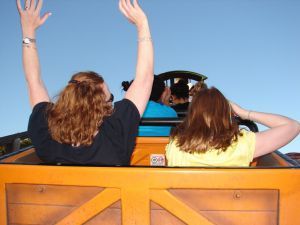 A few years ago, a woman called my office after being referred from a mutual acquaintance.  I believe she was in her thirties and married well under a year. It was her first marriage; but her husband was married previously and was older than her.  Despite their short time together, she already caught him cheating with at least two other women, and he admitted this to her.  Both spouses had good careers and income. They had no children, and it wasn’t going to be an alimony case from the sound of it.

When the woman called me, I’ll call her Jane for this example, I sensed the anger in her voice.  She had every right to feel hurt, betrayed, and upset.  Before saying much else, Jane declared she wanted the meanest, most aggressive divorce lawyer she could find.  That is not usually a good thing to hear from someone, and my client warning bells sounded in my head.

Should I Get Divorced?

I then asked her some basic questions to get additional background information, and asked her this simple-enough question:

“Why do you want the meanest, most aggressive divorce lawyer you can find?”

Silence on the other end.

I paused, then confirmed she was still on the line.  Jane seemed surprised I would ask such a thing, and asked me “What do you mean?”   I explained briefly that although I understood how hurt she must feel that her husband cheated on her, that they were married a few months. From a legal perspective, her situation sounded straightforward.   I attempted to explain that getting a very aggressive attorney would just cost her a lot more money, time, and stress, but that she was unlikely to achieve a better settlement given the facts. Jane even admitted that she wanted her husband “to pay” for what he did, and that she wanted him to suffer for cheating on her.  Twice – at least.

Although I felt bad for Jane, as we continued to chat I knew that I would likely not take her case.  I explained that although she wanted her pound of flesh from her husband, when the divorce was over she was not going to feel any better.  I explained about how her case would most likely go, given the short nature of the marriage. I explained these things as nicely as I could, yet I knew none of it was registering.

I suggested to Jane that she think about things for a few days, and consider contacting an experienced divorce coach to help her manage the raw emotions and offered to provide some names.  She would have none of it unfortunately.  She was too angry.

So, what is the purpose of this story?

Although it can certainly be a challenge, try not to be like Jane.   Jane could have been Jim by the way –  gender doesn’t matter.   The point is that when your emotions take over, you are going to be in for a roller-coaster ride that will be expensive and unsatisfying further down the track.

I’m confident that Jane would not get back in line for another trip when her emotional divorce roller-coaster came to a screeching halt, although there are some people who just create more and more conflict and cannot even agree on the weather.  Those are the people that are constantly back in court after the divorce, filing modifications and contempt complaints, arguing about every little thing, and never learning to move forward or let go of the conflict.

Try not to be like that.  You’ll be much better off, as will your children if you have any.  It is impossible to remove feelings and emotions from divorce, but you can try to manage them in a healthy way.  It’s common to need some help in this area, so don’t be afraid to ask your divorce attorney or mediator for referrals to a divorce coach or counselor.  Of course, your Massachusetts divorce is a legal matter, but much of the conflict is rooted in emotions as opposed to legal theories.