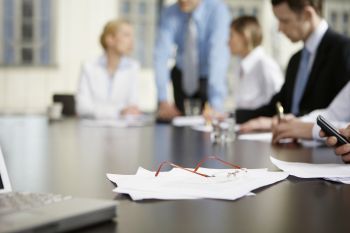 On our website/blog, you may have read about the benefits of mediation, much of it relating to mediation in the divorce and family law context.  But what if you are not getting divorced but need to resolve a dispute related to your business, employment, or non-profit?

When a conflict goes public, it stops becoming merely a dispute between two or more parties.  Often, it becomes a symbol of a person or institution’s values and beliefs.

The unintended consequence of conflict can be damage to reputation or trustworthiness which leaves one or both of the parties with lost business and good names in tatters.

Mediation, which affords all parties an opportunity for confidentiality, is usually the best method of resolving a conflict in order to mitigate damaging public disclosures and resulting harmful perceptions. Mediation is entirely confidential and mediators cannot be compelled to testify or disclose that which was said or produced during mediation.

The shield of confidentiality afforded by the mediation process, along with negotiated non-disclosure agreements, gives parties a discreet way to settle their issues.

Public conflicts and the disclosure of details

When the New York Times recently decided to hastily fire the paper’s first female editor-in-chief, Jill Abramson, damaging details of the conflict were leaked.  Within a few days, news stories appeared which highlighted the fact that Ms. Abramson was apparently paid less than her male predecessors.

Then, of course, there is Paula Deen, the sweet talking; silver-haired restaurant owner was forced to admit the use of racial slurs and other racially offensive behavior during a deposition.   When Deen’s toxic deposition testimony was disclosed, Deen was instantly dismissed by the Food Network and other national sponsors.

It is certainly not the victory Deen wanted, either in terms of timing or impact. Deen’s decision to allow the conflict into the public arena created an opportunity for Deen to be viewed in a very negative, distasteful light and cost her virtually everything she had built.

In both cases, the underlying conflicts were publicly exposed because they were not resolved in a way that mitigated against disclosure.

The parties clearly underestimated the consequence of disclosure of the details of their battles.  Pay close attention to the possibility of public dissemination of embarrassing information and consider a conflict resolution method that lends itself to confidentiality and control of information. Otherwise, your victory may be all you have left.